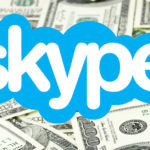 Skype is an innovative VoIP telecommunication app that you can use to connect with family and friends worldwide and has developed over time into a multifaceted tool which allows for voice calling, video calling and messaging (IM) in one user-friendly application. Skype makes money from 3 primary sources. Subscriptions and other service sales to consumers - everyday … END_OF_DOCUMENT_TOKEN_TO_BE_REPLACED 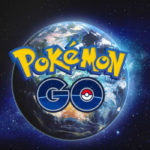 Pokémon Go has taken the world by storm over the past two years sending players out into streets in order to locate, catch and train their Pokémon. Remarkably, it had become one of the most downloaded and top grossing apps in the United States, Australia and New Zealand within a week of it's release back in 2016, according to the New York Times, and has a reported 147 million … END_OF_DOCUMENT_TOKEN_TO_BE_REPLACED 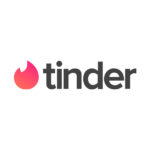 Love isn't just in the air anymore, it's online too. According to Statista, 30% of internet users aged 18 to 29-years-old are currently enrolled with some form of dating app. More and more happy couples are finding each other through apps like Tinder, but how does "Cupid" make a living? Who Owns Tinder, And How Do They Make Money? Tinder is owned by Match Group, the … END_OF_DOCUMENT_TOKEN_TO_BE_REPLACED 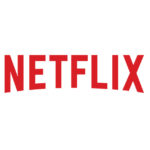 Netflix is one of the largest and most popular services for viewing movies, television, and documentaries. From mail-order DVD rentals to streaming digital media on nearly any device, Netflix has revolutionized entertainment at home and on-the-go. Who Started Netflix? Netflix, the media service provider no serving 190 countries, began as a humble DVD rental-by-mail … END_OF_DOCUMENT_TOKEN_TO_BE_REPLACED

If you're looking to get rid of some old furniture or knickknacks, Letgo could be a viable option for you to sell goods quickly and easily within your local area. But how does a free app like Letgo make money? Read more below to find out! How Do They Make Money? Letgo makes money through: In-app Purchases (to 'Bump' your listed items) Venture Capital In-App … END_OF_DOCUMENT_TOKEN_TO_BE_REPLACED